Skip to content
Travel to Japan 未分類 2017-11-232017-11-23
Entsuin Temple was built in 1646 next to Matsushima’s most important temple, Zuiganji Temple, to house the mausoleum of Date Mitsumune, the son of the ruling local feudal lord Date Terumune. The temple was built in mourning and is devoted to Kannon, the Buddhist goddess of mercy, as Mitsumune died an untimely death at the age of 19.
Far back into the temple grounds stands the mausoleum, which houses a statue of the young lord on a white horse surrounded by his most devoted followers, who committed ritual suicide upon his death. The mausoleum’s interior is decorated in gold leaf and ornate paintings, which include small Western symbols of spades, hearts, diamonds, clubs, crosses and the oldest Japanese image of a rose. These symbols were included into the design, as the Date Clan had an interest in Christianity and Western technology and recently had sent envoys to the Pope in Rome.
https://www.japan-guide.com/e/e5108.html 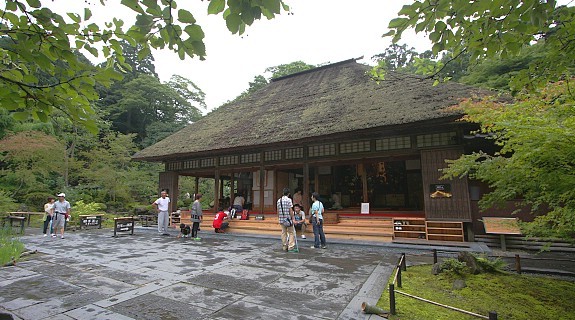